This morning when I opened my Dua book to read the morning Duas, I came to this page where it says....."Ettiquettes of Sleeping". So I read.

As I was reading it, I just realized that I haven't been doing these ‘adab tidur’ for quite a while. Let’s take one adab for an instance, to sleep with wudhu'.

What normally happen with me is I would keep my wudhu after Isya' solah, but if it breaks later on before I go to bed, I would just go to sleep without making a new wudhu, out of pure laziness I have to admit L

Now, this time when I read these etiquettes again, I feel like I want to make a fresh start and try to practise these adaab of sleeping.

I remember once we learned in a hadith that Nabi S.A.said:

(O Allah! I surrender to You and entrust all my affairs to You and depend upon You for Your Blessings both with hope and fear of You. There is no fleeing from You, and there is no place of protection and safety except with You O Allah! I believe in Your Book (the Qur'an) which You have revealed and in Your Prophet (Muhammad) whom You have sent.)

Then if you die on that very night, you will die with Iman. Let the aforesaid words be your last utterance (before sleep)”
(Bukhari :: Book 1 :: Volume 4 :: Hadith 247)

This hadith explains the need to do ablution before going to bed along with that dua. If we die the same night, we will die on Iman. What can be more lovely then to die as a faithful muslim? 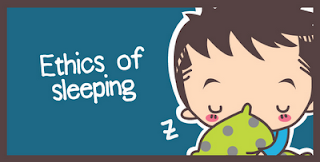 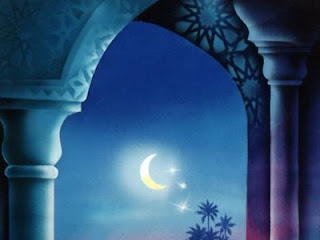 Rasulullah (Sallallahu Alayhi Wasallam) said, ‘This is the night of the half of Sha’ban. Allah Ta’ala looks upon His slaves in this night and forgives those who seek forgiveness and bestows His mercy upon those who pray for mercy but leaves those who have malice (against a Muslim) as they were before, (and does not forgive them unless they free themselves from malice).’(Bayhaqi #3835)
• Hazrat Aisha (Radiyallahu Anha) has reported Rasulullah (Sallallahu Alayhi Wasallam) to have said, ‘This is the middle Night of Sha'ban. Allah emancipates in it a large number of the people from the Fire, more than the number of the hair growing on the sheep of the tribe of Kalb. But He does not cast a glance at a person who associates partners with Him, or at a person who harbours malice in his heart (against someone), or at a person who severs family ties, or at a man who leaves his clothes extending below his ankles, or at a person who disobeys his parents, or at a person who has a habit of drinking wine.’ (Bayhaqi) The tribe of Kalb were a large tribe, the members of which owned many sheep. Therefore, the last sentence of the hadith indicates the large number of people forgiven on this night by Allah Ta’aala.
UNFORTUNATE PEOPLE
It is understood from Ahadith that even on this great night, some unfortunate individuals are deprived of Allah's forgiveness. They are:1. Idolaters2. Those who harbour enmity against others3. Those who consume alcohol4. Those who disobey their parents5. Those men who wear their clothes below their ankles6. Those who commit murder7. Those who sever family ties.
We can thus gauge the severity of these sins and need to abstain from them at all times.
• The virtue of this night established from these ahadith is that from the very beginning of the night Allah Ta’ala turns with special mercy and attention towards the creation and forgives those who repent and seeks forgiveness. Every Muslim should therefore value this night. Turn towards Allah Ta’ala with sincere regret and shame over sins committed and make a promise never to return to sin again and seek forgiveness from Allah Ta'ala. Seek forgiveness for oneself and all Muslims, living and deceased. Have firm hope and resolution in the heart that Allah Ta’ala will surely show mercy and forgiveness.
In order to achieve the blessings of the Night of Bara’ah, one should remain awake as much as one can. If it is possible, one should spend the whole night in worship. However, if one cannot do so, one can select a considerable portion of the night, preferably the second half of it, and perform the following acts of worship:
• SALAAH: It is the most preferable act to be performed in this night, particularly after midnight in solitude. There is no particular number of raka’aat, but preferably it should not be less than eight. It is also advisable that each part of the salaah like qiyaam, ruku and sajdah should be longer than normal. The longest surahs of the Noble Qur'an one remembers by heart should also be recited.
• TILAAWAH: The recitation of the Noble Qur’an is another form of beneficial worship in this night. After performing Salah, or at any other time, one should recite as much of the Noble Qur’an as one can.
• ZIKR & SALAWAAT(DUROOD): One should also recite as much dhikr (recitation of the name of Allah) as possible in this night, as well Salawaat/durood on our noble master Rasulullah sallallahu alayhi wasallam. These can be recited while walking, lying on bed and during other hours of work or leisure.
• DU‘A: The best benefit one can draw from the blessings of this night is by asking Allah in earnest. It is hoped that all our prayers in this night will be accepted by Allah. Du’a itself is an ‘ibadah, and Allah Almighty rewards the reciter for asking, in addition to fulfilling his/her needs. The following Duaa has been reported from Nabi (Sallallahu Alayhi Wasallam) on this night:
A’uzu bi afwika min iqabik wa auzu bi ridaka min sakhatik wa auzu bika minka la uhsi thanaa an ‘alayka anta kama athnayta ‘ala nafsik.

Translation: OAllah! I seek protection through Your forgiveness from Your punishment. I seek protection from Your anger by means of Your pleasure. I seek protection in You from You, I cannot truly praise You, as You ought to be praised, You are as You have praised Yourself.
• Fast of the 15th of Shabaan: On the day immediately following the Night of Bara’ah, i.e. the 15th of Shabaan, it is mustahabb (advisable) to fast. Rasulullah (Sallallahu Alayhi Wasallam) is reported to have recommended this fast, as well as keeping any fast in the first half of this month in particular. A large number of our pious predecessors of the Ummah have been observing the fast of the 15 of Shabaan. (Sunan ibnu Majah #1388)
May ALLAH TA’ALA grants us forgiveness and accept all our beneficial duas…ameen
And Allah Ta’ala knows best…
Posted by Itminaan at 7:17 PM No comments:

Posted by Itminaan at 2:38 PM No comments:

The 10 Habits of Remarkably Charismatic People

* I do not own this article.

We can't always define it, but some people have it: They're naturally charismatic.

But some people are remarkably charismatic: They build and maintain great relationships, consistently influence (in a good way) the people around them, consistently make people feel better about themselves--they're the kind of people everyone wants to be around...and wants to be.

Fortunately we can, because being remarkably charismatic isn't about our level of success or our presentation skills or how we dress or the image we project--it's about what we do.

Here are the 10 habits of remarkably charismatic people:

1. They listen way more than they talk.

That's all it takes to show the other person they're important.

Then when you do speak, don't offer advice unless you're asked. Listening shows you care a lot more than offering advice, because when you offer advice in most cases you make the conversation about you, not them.

Don't believe me? Who is "Here's what I would do..." about: you or the other person?

Only speak when you have something important to say--and always define important as what matters to the other person, not to you.

Some people--I guarantee you know people like this--are incapable of hearing anything said by the people they feel are somehow beneath them.

Sure, you speak to them, but that particular falling tree doesn't make a sound in the forest, because there's no one actually listening.

Remarkably charismatic people listen closely to everyone, and they make all of us, regardless of our position or social status or "level," feel like we have something in common with them.

Because we do: We're all people.

3. They put their stuff away.

Don't check your phone. Don't glance at your monitor. Don't focus on anything else, even for a moment.

You can never connect with others if you're busy connecting with your stuff, too.

Give the gift of your full attention. That's a gift few people give. That gift alone will make others want to be around you and remember you.

4. They give before they receive--and often they never receive.

Never think about what you can get. Focus on what you can provide. Giving is the only way to establish a real connection and relationship.

Focus, even in part and even for a moment, on what you can get out of the other person, and you show that the only person who really matters is you.

The rest of us aren't impressed. We're irritated, put off, and uncomfortable.

And we hate when you walk in the room.

6. …Because they realize other people are more important.

That stuff isn't important, because it's already yours. You can't learn anything from yourself.

That makes them a lot more important than you--because they're people you can learn from.

7. They shine the spotlight on others.

No one receives enough praise. No one. Tell people what they did well.

Wait, you say you don't know what they did well?

Not only will people appreciate your praise, they'll appreciate the fact you care enough to pay attention to what they're doing.

Then they'll feel a little more accomplished and a lot more important.

8. They choose their words.

The words you use impact the attitude of others.

9. They don't discuss the failings of others...

The problem is, we don't necessarily like--and we definitely don't respect--the people who dish that dirt.

Don't laugh at other people. When you do, the people around you wonder if you sometimes laugh at them.

10. ...But they readily admit their failings.

Incredibly successful people are often assumed to have charisma simply because they're successful. Their success seems to create a halo effect, almost like a glow.

The keyword is seem.

You don't have to be incredibly successful to be remarkably charismatic. Scratch the shiny surface, and many successful people have all the charisma of a rock.

But you do have to be incredibly genuine to be remarkably charismatic.

Be humble. Share your screwups. Admit your mistakes. Be the cautionary tale. And laugh at yourself.

People won't laugh at you. People will laugh laugh with you.

They'll like you better for it--and they'll want to be around you a lot more.
Posted by Itminaan at 12:21 AM 1 comment:

Abu Hurayrah – may Allah be pleased with him – said: